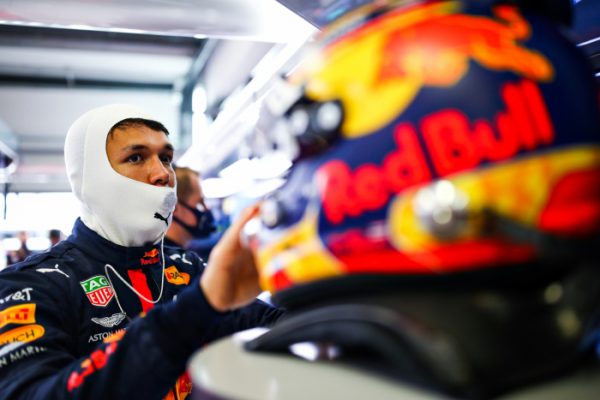 Jul.2 (GMM) Alex Albon does not deny that Williams’ aerodynamic upgrades for its 2022 car revealed at Silverstone make it resemble a championship-leading Red Bull.

Now, Alex Albon is at the wheel of the sole upgraded Williams at the team’s home race, with the Mercedes-like ‘no sidepods’ replaced with a more Red Bull-esque solution.

“If you look at all of the cars, you can see a trend towards certain solutions,” the British-born Thai driver said.

“I think as time goes on, the cars will start to look more and more alike because there are basically two approaches – that of Ferrari and that of Red Bull.

“It will be an interesting weekend,” Albon added.

“Not only do we have significant improvements for the first time in a long time, we also have the opportunity to directly compare the new parts with the previous solution.”

Indeed, Albon’s teammate Nicholas Latifi – who is at risk of losing his Williams seat for 2023 – is still driving the older specification 2022 car at Silverstone.

“Unfortunately, I won’t have the update on my car for probably a few races,” the Canadian admitted. “I expect to have it in France if all goes well.

“The problem is that I’ve now lost the only real reference I have because Alex won’t be driving a car identical to mine. And the fact that we already have the slowest car on the grid doesn’t make it any easier for me,” Latifi added.

There are rumours in the Silverstone paddock that Williams’ Red Bull-like solution could be worth up to a full second per lap.

“I could live with that,” he laughed. “No, seriously – the stopwatch here at Silverstone will show exactly what the improvements are worth.

“We have to put ourselves in a position where we can regularly be between tenth and 15th on the grid, so that we can then go for the top ten in the races.

“Aston Martin showed how you can improve with an update package so we have to be able to do that too, although they also showed that getting the most out of the new parts can take some time,” Albon added.