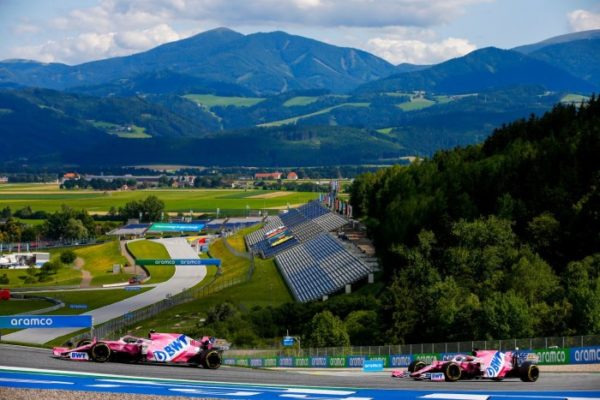 A1 Team Netherlands have became the fourth different team to win a round of the 2006/07 A1GP World Cup of Motorsport as Dutchman Jeroen Bleekemolen secured a lights-to-flag victory at the Jingkai street circuit, just under 1.5secs from A1 Team Mexico’s Salvador Duran and Italy’s Enrico Toccacelo.

Following a difficult opening two days of the A1GP Beijing, China round, Bleekemolen roared away from pole position to pull out a one second lead by the end of the first lap from Duran and Toccacelo. The Italian tried to squeeze through the inside of Duran going through Turn Eight, the tight hairpin at the end of the back straight, but had to settle for third as Duran kept the racing line. Further down the racing order A1 Team France made a bold move on Lebanon to move up to 20th position.

France and Italy’s charges were however halted the next lap when the safety car was deployed following a spin out of the final corner from South Africa’s Adrian Zaugg. With the Vulindlela car in a dangerous position, a rescue vehicle was sent to recover the machine to the pit lane.

When the safety car pulled off, it was a true Sprint to the finish with only four minutes of racing action remaining. Toccacelo resumed his pursuit of Duran, but ran out of time and was forced to settle for third, Italy’s first podium finish of the year. Behind the top three, Canada, Germany and Brazil completed the top six, Matos posting Brazil’s best season result so far. France gained two more positions on the final two laps to seal 17tth overall.

Delighted with his win, Bleekemolen commented, “It was really great. We started form pole so you know you have a good chance of winning, especially on a street race. I was able to create a small gap to Salvador after the safety car and was able to control it. In the morning I was fast and I had a very heavy car but did not know how quick we were compared to the others. I now think we have a good chance for the next one.”

Second place Duran added, “Everyone knows these sort of incidents happen on tracks like this, but I think for us the main thing is we have been quick all weekend and are in the lead of the points which for Team Mexico is very good. All my team have worked perfectly and done a great job and deserve this second place in the race. It is only the driving I have to do and I am happy to do this with such an awesome team behind me.”

Toccacelo, who now starts the Feature race from third position on the grid, said, “That was a really good start for me and I was also faster than Salvador Duran but here it is impossible to overtake. I just had to be careful and not crash as it is easy to do that here. We have to wait and see what happens in the Feature race as I may be able to get by – you never know what happens.”

Winners Netherlands will now start the 70-minute Feature race from pole position. Mexico will complete the front row, with Italy and Canada on row two. The race will start behind the safety car at 15.00 local time.