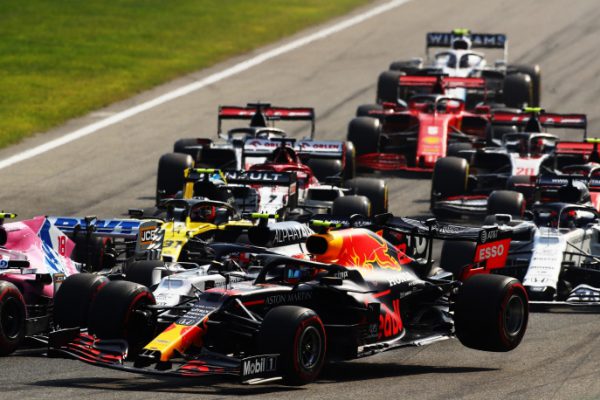 Nicholas Lapierre has held on to his pole position to take top spot for the sprint race at the Eurospeedway, Germany, for the second round of the A1 Grand Prix season.

“I had a big gap on the first lap which was fantastic for me and then I just tried to manage that gap. Then the safety car came out and I had a good race start after that and the situation was under control. The balance of the car was not perfect but I was still able to win the race so it’s good for the next one,” Lapierre commented on his sprint race performance.

He added, “The next race is going to be more difficult at the start because it is the standing start so we need to make a good start. It is more difficult because we have a pit stop strategy but the team is fantastic for pit stops. They did some very good practices but we will have to see what happens this race. It is my first race for A1GP and the team gave me a car to win the race so it is a fantastic start for us, but now we have to focus on the second one which is as well very important and we will see tonight where we are.” Lapierre has held onto his pole position for the feature race, and is looking strong for a double win for the round just as Team Brazil did so at Brand Hatch last round.

It was not so good for Team Italy, who were given a 25 second penalty for overtaking while the yellow flag was out, and was moved from eighth to 17th.