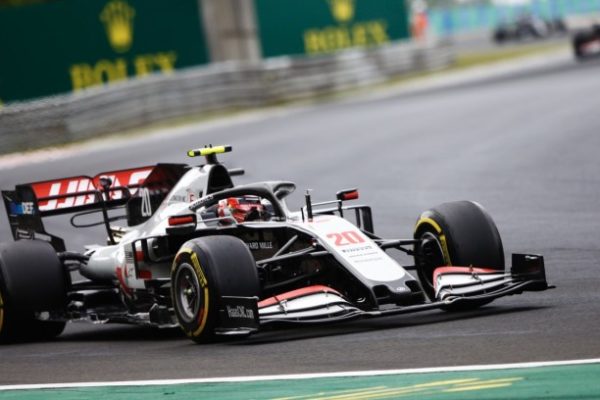 Mar.26 (GMM) After five years of refusing to speak, it was Nico Hulkenberg who broke the ice this year with his old nemesis Kevin Magnussen.

It was in 2017 when Dane Magnussen told his German rival to “suck my balls” after an on-track run-in, after Hulkenberg accused him of repeated poor sportsmanship.

They did not speak another word until both had been called off the F1 sidelines to fill in for absent regular drivers at the 2022 season opener in Bahrain.

Both are back at the wheel in Saudi Arabia this weekend, where Magnussen revealed that their five-year silence recently ended with a smile and a laugh.

“Well, Nico came over to me and said ‘suck my balls’,” Magnussen told Ekstra Bladet.

“We both laughed about it. It was actually the first time we had spoken since then.”

In fact, in his book ‘All or nothing’, Magnussen even re-told a story being stuck in a lift with Hulkenberg after the German accidentally pressed the button for the 30th floor.

Neither of them said a word.

“I’ve said many times that I have great respect for him as a driver,” Magnussen, who like Hulkenberg recently became a father, said.

“I don’t know him very well personally and now I’ve talked to him for the first time in five years,” said the 29-year-old Haas driver.

Magnussen says he was amazed with how big a story the ‘suck my balls’ affair became over those five years.

Hulkenberg not sorry about ousting Schumacher