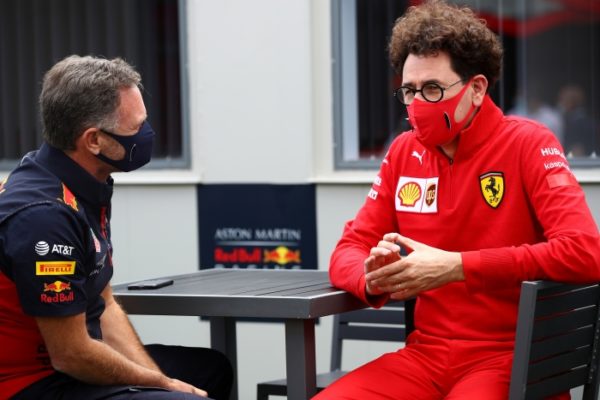 No ‘politics’ in Red Bull vs Ferrari battle – Horner

Jul.27 (GMM) Red Bull is enjoying a more respectful head-to-head for the world championship in 2022, according to team boss Christian Horner.

Last year, the energy drink-owned outfit’s duel with Mercedes and Lewis Hamilton was one of the most intense in Formula 1 history.

Horner said Max Verstappen and Red Bull are enjoying the new battle with Ferrari and Charles Leclerc a lot more.

“It’s been a competition that’s been about what’s happening on the track,” he told Eurosport.

“There’s not been a lot of politics and bullsh*t with what’s going on off the track.”

It is a barb that is clearly pointed at Mercedes’ team boss Toto Wolff, who said before the weekend at Paul Ricard that Hamilton might finally have a car to charge for the win.

“They made claims before the weekend,” Horner said, “but Max was able to control that quite easily.

“I heard that Toto said they are working through the summer break to improve the car. That would of course be illegal,” he laughed.

For now, Verstappen is fighting only with Leclerc, whose crash from the lead in France blew out the points gap between the pair to a whopping 63 points.

“There’s a respect between the two teams that is extremely competitive,” he confirmed.

“We’re going head-to-head at each race and there is a genuine respect between the drivers and teams which is good to see.”