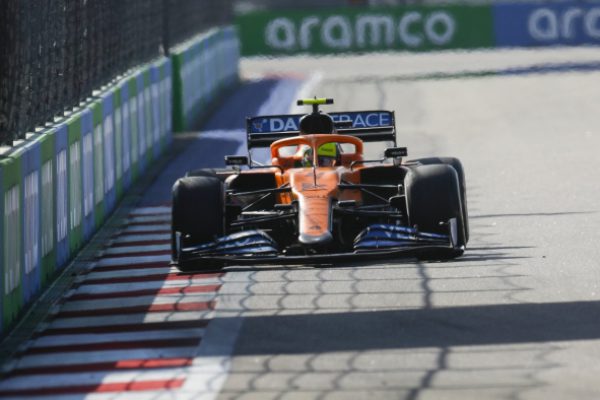 He was asked to compare the difference in relations with Ricciardo, who is over a decade older than 21-year-old Norris, and his former teammate Carlos Sainz.

“Daniel and I get along well,” Norris insisted. “We laugh a lot and I think we’re good teammates.

“But what makes it different is what happens off the track,” he said. “Daniel is interested in things like wine and fashion, and I enjoy golf and esports.”

In stark contrast, the media used to refer to the way Norris and 26-year-old Sainz got along as a ‘bromance’.

“Carlos and I still play golf together or race against each other on the simulator. If you spend time together away from the track, it simply results in a completely different bond,” Norris said.

Moreover, while Ricciardo’s formerly bubbling personality is now more muted as he struggles to get up to speed at McLaren, Norris is also shaking off his reputation for playfulness.

“It may be true that I focus more on myself than before, because I believe that’s how I am getting more out of myself,” said the Briton, who is an impressive fourth in the drivers’ standings.

“That includes spending more time with my engineers and less time joking around. It’s not that I’ve lost the fun of it, I just concentrate more on the essentials.”