Lewis Hamilton led the push for the drivers to make the gesture in deference to the Black Lives Matter political movement.

But six drivers refused to kneel, including Kvyat, who said Russians only kneel for their country or God.

“I fully agree with him in this matter, and with the opinion of the other pilots who refused to get on their knee,” Sirotkin told Sport-Express.

“I respect the choice of those who did do it, but I still think that in the fight against racism and other unpleasant things in the modern world, it is much more important what people do on a daily basis,” he explained.

“What I mean is, the sincere beliefs of each of us is more important than some formal action for the camera or in public. I always prefer to do a good thing but not tell anyone about it.

“Personally, I don’t care what a person looks like, what country he is from, what nationality he is, what religion he has. The most important thing is human qualities, and my attitude depends on that,” Sirotkin added. 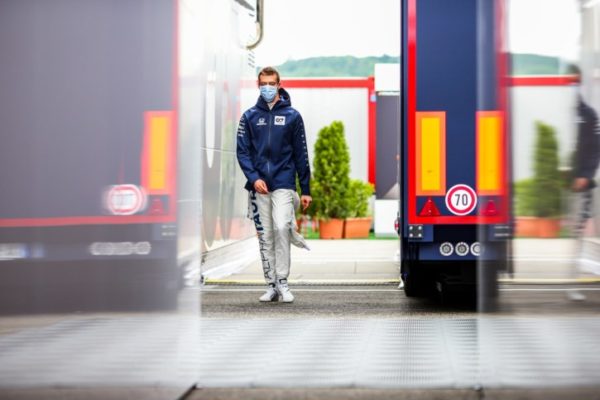