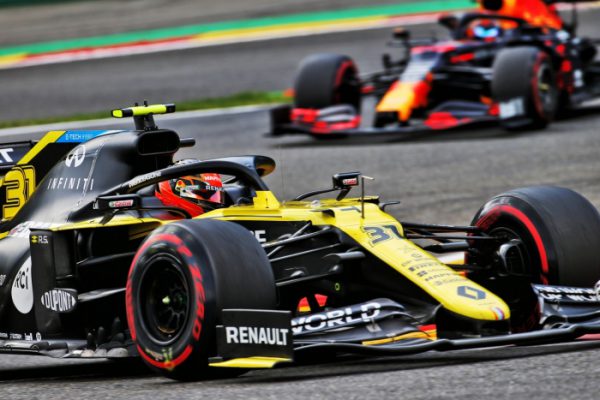 Panasonic Toyota Racing came away from the European Grand Prix at Nürburgring empty-handed after Ralf Schumacher suffered an engine failure, while holding a strong sixth place.

Schumacher started the race from 10th position on the grid after an engine change penalty was applied to Mark Webber’s Williams but the fact that he had actually qualified 11th on Saturday meant that he had freedom of strategy for the race. The team elected to run a long, 27-lap first stint and after a strong effort from Ralf, it looked like paying off.

“It was a shame actually that I didn’t get a better start,” Ralf explained. “There is often incident in Turn 1 at Nürburgring and I lost out when one of the Red Bull and Toro Rosso cars tangled and I had to go around them. It meant that I could not get on the throttle as soon as I wanted to and I lost four or five positions. The Safety Car period at the last race cost me but this time it probably helped, if only a little. Towards the end of the stint I was strong and I was up into seventh place after the first pit stop. We had the pace to pass Barrichello and nearly managed it at the second stop, when we came in on the same lap. Even so, we were on schedule to score another helping of points when the engine failed close to the end. That was frustrating with so many of the TMG employees from Cologne here to cheer us on.”

Jarno Trulli, meanwhile, ran a strong sixth early in the race after qualifying seventh and making a good start. The Italian then lost places to Juan Pablo Montoya, Giancarlo Fisichella and his Toyota team mate, who all ran longer first stints. He then struggled with car balance as the race progressed, finishing in ninth position, one place out of the points.

“I was expecting to score my first championship points of the season today,” Trulli said, “especially after such a strong start. But, as the race went on I found that I did not have enough grip. It’s disappointing and we will have to analyse the situation carefully.”

Technical Director, Engine, Luca Marmorini, said: “There was no immediate warning of Ralf’s engine failure. Since the last race we noticed that there was some lead and copper content in the oil, which can mean some bearing damage, but the engine was very stable. Ralf had not detected any performance drop in the engine and it was a pity that it happened just seven laps before the end because he was running really strongly. Jarno, meanwhile, struggled to maintain his early pace and we will have to have a proper look at the data to understand fully the reasons.”

The punishing summer F1 schedule continues next weekend with the Spanish Grand Prix at Barcelona.

Toyota was heading for good season in 2010