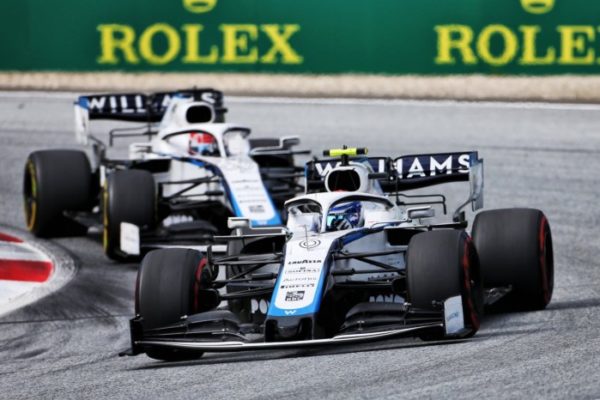 WilliamsF1 today confirmed that Kazuki Nakajima, the 21year old race driver from the Aichi Prefecture in Japan, has been appointed as a team test driver.

Nakajima, who is currently racing in the Formula 3 Euro Series with Manor Motorsport, will take up his place as an official test driver following the conclusion of his race season and will work alongside Narain Karthikeyan and race drivers Nico Rosberg & Alex Wurz on the winter development of the Toyota-powered WilliamsF1 FW29 in readiness for the 2007 Formula One World Championship.

Kazuki Nakajima is the son of Formula One driver Satoru Nakajima, who raced for Lotus and Tyrrell in the mid-80’s and early 1990’s.

Kazuki started his racing career under his father’s tutelage at the age of 11, in 1996. Three years later, Nakajima was Suzuka Formula ICA karting champion. As he graduated through the championships, his performance in the All Japan Formula A kart championship attracted the attentions of the Toyota Motor Co and he became a member of the Toyota Young Driver programme, (TDP). The following year Kazuki was Formula Toyota Champion, the stepping stone to Japanese Formula 3, a series he concluded as runner-up in 2005 while also selectively undertaking GT races in Japan. In 2006, he took the important step of demonstrating his talent outside of his native Japan by contesting the Formula 3 Euro Series.

WilliamsF1 undertook a detailed assessment of a number of potential candidates for the role, but Nakajima’s good progression through junior Formulae and his positive GP2 test and simulator work alongside other assessments ultimately secured him the role.

On the confirmation of his appointment, WilliamsF1 Team Principal, Frank Williams said, “Kazuki has consistently demonstrated his potential through karting and other junior Formulae. Having assessed both his potential in the car and his aptitude out of it, we believe he has the necessary ingredients to graduate to Formula One in a testing role.”

For his part, Kazuki reflected, “For anyone with an interest in motor racing, Formula One is the ultimate objective and I am delighted that Williams, one of the senior names in the sport and a team that exists solely to race, has given me this great chance. I look forward to helping as much as I can with the team’s transition to Toyota power for 2007. It will be a great honour to be the first TDP driver to graduate to Formula One.”

Yoshiaki Kinoshita, General Manager, Motorsport Division, Toyota Motor Corporation reflected, “We are extremely delighted that Williams has chosen one of the drivers from the Toyota Young Drivers Program as an official team test driver. It will be certainly a big opportunity for Kazuki and we hope that Kazuki will make a contribution to Williams’ test program and their fight back in the championship.

Kazuki is scheduled to attend a press conference in Tokyo on Friday November 10 and will join the formal Williams winter test programme with immediate effect and is expected to start contributing to on track testing before the end of the year.